In mid 2008, I was asked by my grandfather Erik Sperber to make him an Ex-Libris for his collection of books. I was very honored, especially since he is turning a hundred years old in April 2010. The purpose of an Ex-Libris is to put it in every book in a library collection, so that anyone can see which collection the book came from.

My grandfather Erik is a Ph.D in both Biochemistry and Archeology, so this has formed most of his life. He got his Ph.D in Biochemistry back in 1946 and his second Ph.D in Archeology 1996, when his was almost 86 years old. This got him into the Guinness World Records for a Ph.D at the highest age. You can read about it in an article from TT written in Swedish. The second dissertation was about Weight systems in ancient Sweden and the viking on the cover was actually drawn by my sister, Anna Lundberg. I contributed by making him a visual basic program for weight analysis using an algorithm for Holm’s Index. I might do a remake of it or post the original version if I get it to work. I have actually found the algorithm useful for beat detection a couple of years ago. Well, back to the subject!

He wanted the Ex-Libris to have symbols of Biochemistry and Archeology in it, so he handed me a couple of pictures from his dissertations. I took the challenge and this is what I came up with and also the images it was based on. He was very pleased and today it’s in the first page of every book in his collection! =)

Article about me in Cap&Design 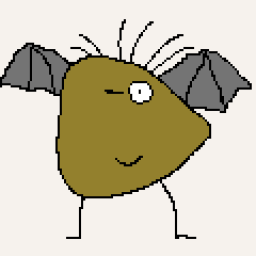 My name is Klas Jersevi and I live in Sweden.